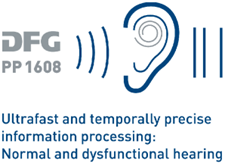 Funding provided by the DFG

Excerpt from the Abstract:

Subjects with single-sided deafness (SSD) increasingly undergo cochlear implant surgery (SSD-CI users) to obtain binaural hearing benefits, such as directional hearing. However, asymmetric hearing may disrupt the hemispheric balance of central auditory circuits that support spatial hearing. In an animal model of unilateral deafness, we test whether binaural integration of auditory midbrain neurons is differently impacted by unilateral hearing loss during development or during adulthood.

In hearing animals, mature neuronal responsiveness to transient click stimuli was not observed until around P19. Although adult-like neural discrimination thresholds were observed at P21, the overall incidence of ITD sensitive neurons did not reach mature-like levels until P23. However, interaural receptive field alignments were still immature at this age.

In SSD animals, age-dependent degradations in ITD coding were observed. SSD-onset, before the closure of the critical period for ITD coding, resulted in a severe reduction in incidence and sensitivity of ITD coding neurons and increases in ITD discrimination thresholds. These degradations were independent of the hemisphere relative to the deafened ear. In contrast, later SSD-onset led to asymmetric degradations in ITD sensitivity and ITD discrimination thresholds that were particularly pronounced in the hemisphere contralateral to the deafened ear.

Results show that neural ITD coding is vulnerable to asymmetric hearing loss both during development and during adulthood. Nevertheless, age at deafness onset differently affects neural ITD processing. Whereas early-onset SSD resulted in symmetric deficits in ITD coding, SSD-onset after the closure of the critical period for ITD coding was associated with hemisphere-specific degradations. These results suggest that differential intervention strategies are required to optimize directional hearing in juvenile and adult SSD-CI users. 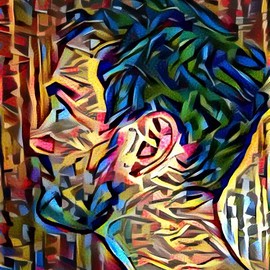 I own this place.